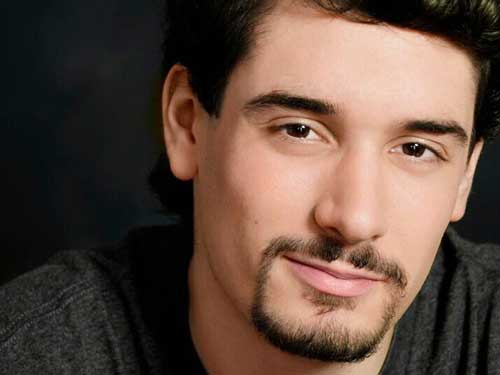 Based in Albany, NY, tenor soloist Joshua Gurwitz is a new addition to the music staff at First Presbyterian.

He is also  founding member of the Greylock Opera Collective (GOC), a new opera company in North Adams, MA and was most recently featured in GOC’s inaugural performance, The Weeping Woman (a new opera based on the life of Picasso’s muse, Dora Maar) in the role of Jaime Sabartes-Gual.  Other notable roles include Eisenstein in Die Fledermaus and Joe Boyd in Damn Yankees. In addition, Mr. Gurwitz has been a featured soloist in an eclectic range of concert repertoire from J. S. Bach’s Christ Lag in Todesbanden to Reena Esmail’s pioneering new work, This Love Between Us.

In 2018, Mr. Gurwitz was awarded first prize in the Advanced Division of the Joel Dolven Vocal Awards, a competition run by the Mendelssohn Club of Albany, NY. He has also won honors in 2011, 2012, and 2014 at the Art Song Festival held by the Eastern New York chapter of the National Association of Teachers of Singing (NATS). In the 2020/1 season, Mr. Gurwitz will be featured in My Way of Life, a musical adaptation of George Bernard Shaw’s Mrs. Warren’s Profession by Michael Dilthey and Brian Leahy Doyle and will make his role debut as Don Ottavio in Mozart’s Don Giovanni with WOW Opera.

Mr. Gurwitz is a graduate of the vocal performance programs at the University at Albany, SUNY and the Aaron Copland School of Music, CUNY.