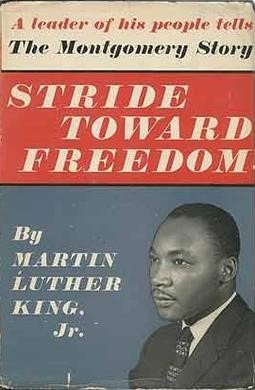 Please join us for a four-part conversation on Stride Toward Freedom: The Montgomery Story, Martin Luther King’s classic account of the first successful large-scale act of nonviolent resistance in America: the Montgomery bus boycott.  A young Dr. King wrote Stride Toward Freedom just 2 years after the successful completion of the boycott. In his memoir about the event, he tells the stories that informed his radical political thinking before, during, and after the boycott—from first witnessing economic injustice as a teenager and watching his parents experience discrimination to his decision to begin working with the NAACP. Throughout, he reflects on how his Christian faith inspired and sustained his activism, and how his activism shaped his faith.

Structured conversation will be facilitated by Joe Paparone, who is the Lead Organizer for the Labor-Religion Coalition and a long-time friend of FOCUS.

January 5 – the context of Montgomery and integration in 1955

January 19 – the role of faith communities

Books may be purchased through  the Open Door Bookstore in Schenectady. (opendoor-bookstore.com) or may be available through your local library.
We’ll meet on Zoom, Wednesday evenings in January, from 7:00-8:30 p.m.
Advance Registration required. Click here