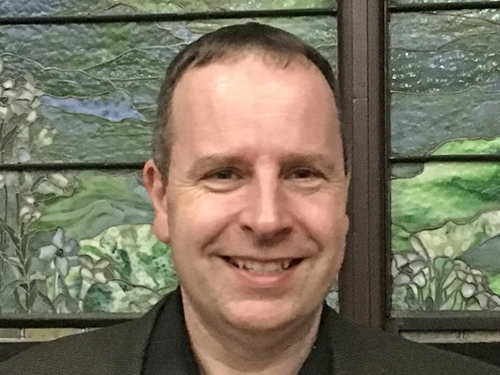 Michael C. Lister is honored to have served as Music Director of First Presbyterian Church since 2010. As director, Michael oversees the music and worship of the church, including directing the Chancel Choir and overseeing the music provided by the church soloists, organist, and Chancel Bell Choir. Michael also works with the youth and children of First Presbyterian in singing in services as well assisting Youth Director with the preparation of the annual musical. Finally, Michael oversees the music scheduling and performances of the First Friday Concert series, begun in 2012, in collaboration with art director David Hinchen.

In addition to his duties at First Presbyterian, Michael is currently Assistant Professor of Music at the College of Saint Rose, where he conducts several choral ensembles and teaches courses in conducting, education, and music theory. Michael has received a Doctor of Arts degree in Choral Conducting at Ball State University, a Bachelor of Arts in Piano Performance from Mount Vernon Nazarene University, and a Master of Music in Music Theory from Indiana University. Prior to his move to the Capital Region, Dr. Lister was the Director of Choirs at Cuyahoga Valley Christian Academy in Ohio and served on the faculty of Otterbein College and Butler University in Indianapolis, Indiana. Michael remains an active conductor, clinician, and performer, having sung with the Cleveland Orchestra Chorus, Carnegie Hall Festival Chorus, and the Cathedral of All Saints in Albany, NY.